The Syrians stopped in Calais by the European countries 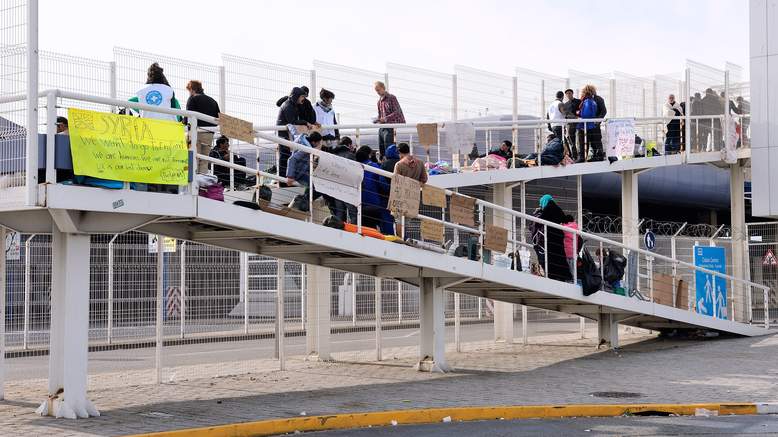 First of all we want to tell you, Europeans, that our suffering has started when we demanded freedom and life. At that time we were shot and our children and women were killed in the public eye of the countries of the world and of human rights organizations. The people who survived want to live safely; they emigrated and left their homes in order to live peacefully and not being criminals in Syria. The bad treatment received by some European countries pushed many Syrian people to go back to Syria to kill or to be killed. For example, Italy forced people to give fingerprints through violence. We, in Calais and in France, are suffering: we are living a very awful life here, because we don’t have shelters, food and any other thing. And we are sleeping in parks and squares or in old houses and nobody cares of us. Our bad condition has increased in the last weeks due to the winter is coming. We appeal the UK – that we have chosen as a place where we want to live – to help us in order to put an end to our suffering; and we also appeal human right organizations to support Syrian people who started to go back to fight and die in Syria.

We know that the reaction of the Syrians who decided to go back to fight does not satisfy European countries, since they present themselves as the promoters of freedom and democracy. We have a dream, that European countries follow Sweden in its decision to host Syrian people. We have chosen your countries as safe shelters for the Syrian people who don’t want to be criminals and who ran away from the sea of blood.

We want to participate to all the peaceful struggles of Syrians and of other refugees in the world, and we are in solidarity with Syrians blocked like us in many European towns, from Milan to Germany and Paris

The Syrians blocked in Calais,